Status
Not open for further replies.

Okay, here we go! New look outfield, Kike is getting his chance, Seager is back, we're already rolling our eyes at the rotation. BUT, it is OPENING DAY! I'll be at Our Lady, eating my first Dodger Dog. Let the season begin! (Could somebody kindly lock the Hot Stove and Spendodger threads?)

After a long winter, baseball is finally back. Let's go Dodgers!!!! Third time's the charm indeed. 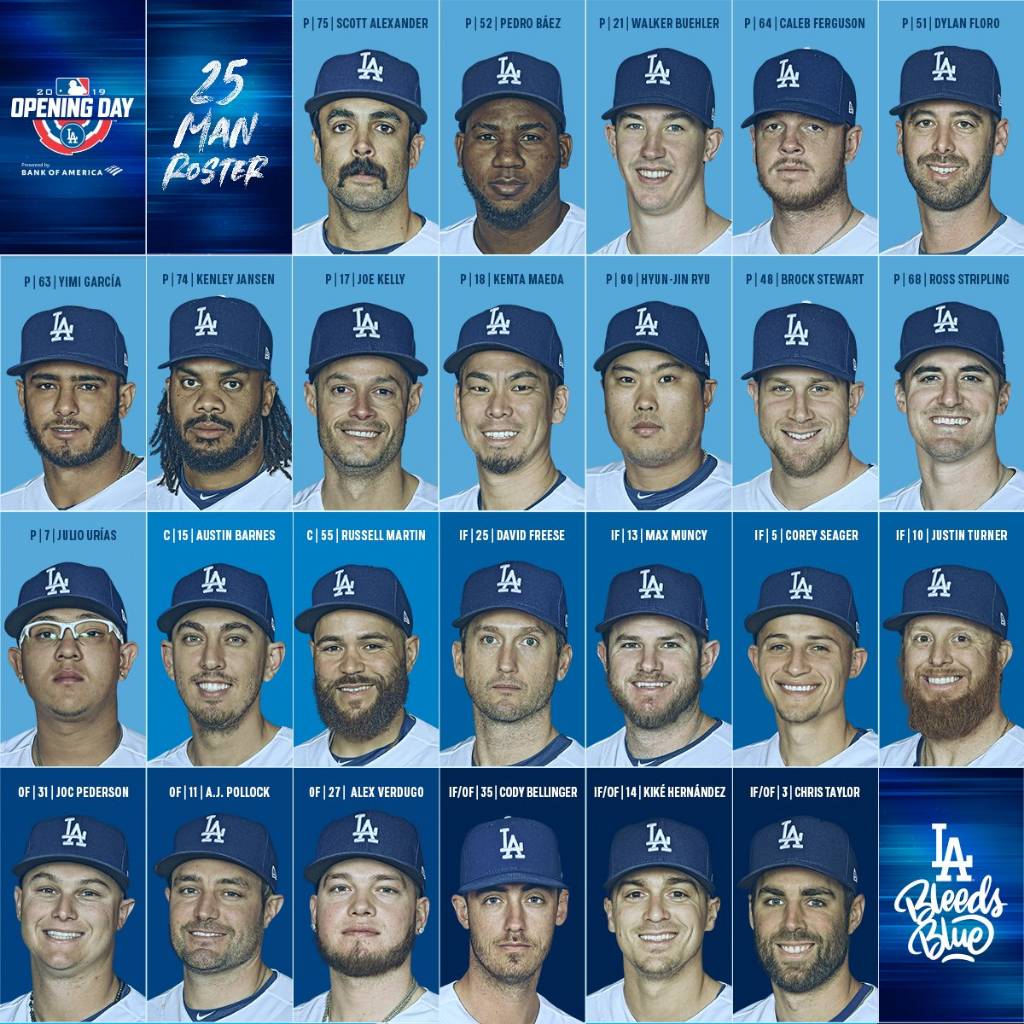 Sent from my SM-N960U using Tapatalk

I saw the very first picture and thought this was a lineup from 1974 or something.

dsinsocal said:
I saw the very first picture and thought this was a lineup from 1974 or something.

If only Alexander could pitch like Mike Marshall.
Click to expand...
Ha! Ha! He's certainly got the 'stache working.

Brock Stewart...EWWWW...not a lot of choices I know.
Scherzer throws 109 pitches 7.2 innings but still gets beat by DeGrom & the Mets BP. It'll probably be midseason before we see a Dodger pitcher throw that many pitches.

You all remember when Grienke bad mouthed Joc after sign with the DBax? I think Joc does.


Sent from my iPhone using Tapatalk

Bluengineer said:
You all remember when Grienke bad mouthed Joc after sign with the DBax? I think Joc does.


Sent from my iPhone using Tapatalk
Click to expand...
I forgot that. THanks.

Joc is proving that ST means nothing apparently.

Linda had just commented that it felt like the only two Dodgers who hadn't homered were JT and Muncy when Muncy went BOOM.

I don't know how the Dodgers can possibly succeed after letting go of players who hit 100 homers last year.

I guess they were saving it up for when it counts. Unlike Turner, who wasted all his hits in the practice games, it looks like.

From: In record-breaking opener, Hyun-Jin Ryu excels in win over Diamondbacks By Pedro Moura

The plan ahead of their 12-5 victory against the Arizona Diamondbacks had not been so power-focused. The Dodgers all received printouts analyzing their individual matchup with the opposing starter, Zack Greinke. Hitters had specific pitches in specific areas they were told to target.

To the group, hitting coach Robert Van Scoyoc stressed the importance of not chasing pitches outside the zone. That advice generally holds across Major League Baseball, but it is particularly important when facing Greinke.

Over the last three seasons, as his velocity has declined and he has come to rely on command, only one of 53 qualified pitchers has thrown fewer pitches in the strike zone. Just 42% percent of Greinke’s pitches cross through the zone. The Dodgers’ Rich Hill, by contrast, throws one-third more pitches in the zone.

The Dodgers decided Thursday to let the remaining 58% be balls. When they swung at a pitch outside the zone, they most often fouled it off. Only one of Greinke’s 82 pitches resulted in a chased swing and miss, and it was a 2-2 fastball to Muncy that came close to the edge. That meant they saw all of his offerings, and it meant they tired him out early.

Dare I say Kiké has produced as much offense in 1 game as the last 2 primary 2B over the last 2 years?
D

What alasays happened last year was they would score 15 runs a game and the next day the other team throws a lefty and we’re blanked and only get two hits if we’re lucky... 1 run

Sent from my SM-N960U using Tapatalk

Status
Not open for further replies.